As long as any of us can remember there’s been a Fall Harvest celebration.  Once a year we encourage our children to immerse themselves in blood, fear, (mock) injury and encourage an almost gluttonous amount of sugar consumption.  On a time of year guided in celebration of our inherit abundance, how did a celebration of life become an indoctrination of our children in the acceptance of death?  In this article, I will concisely disclose what I have found in my search for answers regarding Halloween.

A WARNING TO THE READER

What I found communicated in its entirety may not be suitable for young readers.  As Adepts, we should consider the ramifications of sharing information in and out of context, and be aware of how these truths are communicated accordingly.

Every year more than 175 Million people celebrate Halloween.  Legend implies the Halloween holiday echoes our lost history filled with actual monsters and real ghost stories.  Others say it is a time of year when the veil between realms temporarily dissipates and spirits are free to roam the earth once again.  I have explored the occult origins of Halloween in detail, and below will reveal what Halloween is, where it came from, and what can be done about it now. 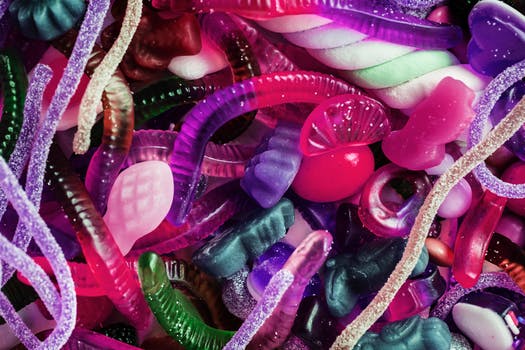 WEIGHT: THE COSTS OF HALLOWEEN

According to the National Retail Federation, in 2018, it was projected that 9 Billion dollars will be spent on candy, decorations, and costumes.  It wasn’t until I learned the connection between money and spiritual energy that I could see the correlation between, what our money represents and the real costs paid in not paying attention, and the lasting consequences of our participation.

In the wake of these discoveries I had to look at the larger picture; Why am I allowing my children to consume sugary treats when all year I encourage them to care about their health?  Why am I spending money I don’t have, dressing my children up as though they were dead?  The more I reflected on this the clearer my conclusion came, Halloween is a ritual!

Yes, Halloween is indeed a ritual complete with ceremony, that although unknowingly, we willingly participate in.  This is evident in the masks we wear in order to remain concealed in a crowd of spirits, to the Jack O’Lantern (an Irish tradition of making talismans from vegetables) placed outside to ward off evil spirits.

The seasonal cycles are a constant reflection of our lives and a reminder to us, that we reap what we sow.  Once a year we celebrate the fall harvest with festivities that reflect an appreciation for the fruits of life and hint at the traces from spirits left behind.  There is a synonymous correlation with what is celebrated during Harvest and how we reflect on our memories during the later years of life.

There is a strong connotation that the appreciation of Mother Nature giving of herself to support us resembles that in our reflection towards our parents for their roles and support gave after they’ve passed on.  When the child becomes the parent and takes their place as the adult (adept) we become the providers to our own heirs.

Man’s life mimics the life cycle in sagacity with nature because Man is of Nature & Nature is of Man… a mirror reflected.  From the birth of Spring through our long Summers we recognize the blueprint of the child matured to teen, the new parent in Fall, and lastly as the elderly resting momentarily in Winter until the cycle starts again (reincarnation).  When it’s Fall, all of nature’s fruits and vegetables are ripe, we celebrate the abundance of life with food, as our medium of expression. 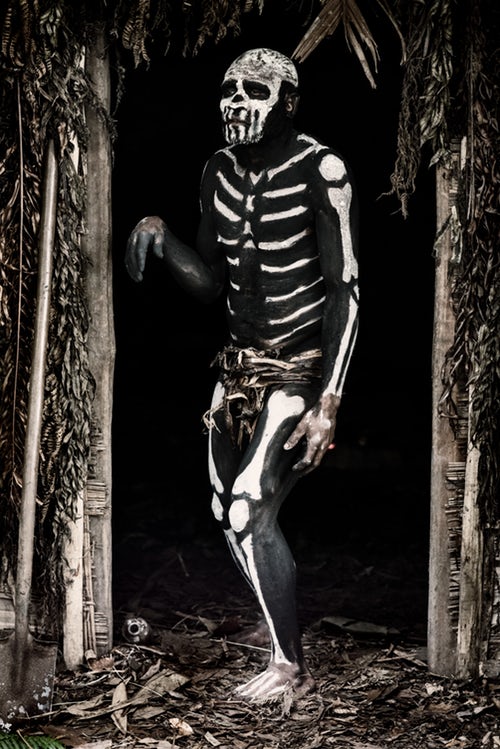 THE HIDDEN SYMBOLISM & TEACHINGS OF DEATH

This is represented in the cornucopia of abundance and symbolic of our limitless infinite potentials in this life.  Astrologically, this is a time of year known as a Cross-Quarter Day.  These are especially unique days that happen between a Solstice and an Equinox when the sun appears to hold it’s place in the sky.

This is what has been interpreted as an open portal or doorway through the veil of life and death, a time traditionally associated with and on Mans mortality.  As our Sun sets sooner our days naturally become shorter and our nights noticeably longer.  As a result, we go through an increase in our exposure to our surroundings in the dark, with our vision impacted because of a lack of artificial light.

This caused our other senses to heighten, revealing more of the astral realms’ frequencies vibrating on this plane.  This is when our ancestors saw spirits walking the earth, and why across all versions of culture we see the masking of our identities to mix anonymously amongst our visitors from the other side.

Since then we have forgotten how to have dreams and so we wear masks no more, except to dress up our children as monsters.  It is this introduction of fear into the child’s consciousness that introduces the Monsters to them literally and figuratively, a ritual form of mock possession.

Our original ceremonial practice of fall harvest was an expression in our acknowledgement of the sacrifice of Earth in giving of her life in order to provide for our life to continue, represented in the celebration and appreciation of the harvest and our ancestors; which at some point was hijacked and became darkly inverted into the sacrifice of our women and children. 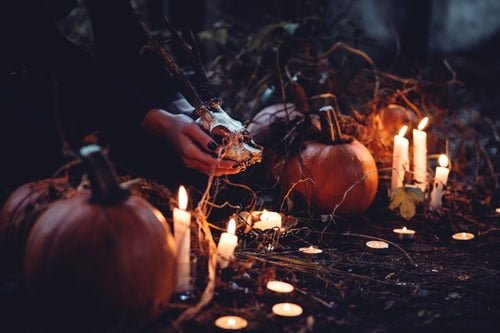 In all indigenous culture, it was a common practice to speak with the ancestors.  This happened with Mans call to spirit, in conjunction with the uses of the 5 elements for the spirit to work with.  Initiated with the subconscious call of manifestation by the initial sincerity and having a genuine need to connect with an ancestor (Intent and Purpose).

Then, by having a space set aside for them (the ancestor) to physically (vessel) occupy the alter or talisman physically representative of Earth.  Fire and an Incense (Air) act as the portal of creation and the brokering of energy by the spirits scents.  Then by having a source of life for the spirit to exist and communicate off of (Food and Water), the ancestors can sit and communicate with us.

Attention should be brought to the importance of food (as opposed to candy) in the energies drawn.  Food being the conduit on the physical grounding element into this plane, and the water the element of movement. Candy, as we know it today, comes from the gemstones found in Khanda of India, it was not until the colonization and exportation of sugarcane (and gemstones) that we saw a correlation of bright colors and sweetness, and the giving of gifts (now tricks) and treats to strangers.

The purpose for the addition of food provides the spirit the life essence it needs from the fruit and other treats, which are left at the altars with the intent and purpose in rooting in the manifestation of our loved ones; there is a correlation to quantity and clarity of transmission with the quality of the substance offered.

This method of communicating was a commonly accepted practice, and only became retro-ly associated with the elders of villages (versus collectively celebrated) due to generational growth and social changes.  As time passed, it became the sole responsibility of the wounded healers and shamans, whom by now live on the outskirts of the village.

Fulfilling a family tradition of holding space in this knowledge until its value is ready to be re-recognized again.  An example of this tradition surviving today is Dia De Los Muertos and is explained in the animation adaptation movie Coco.

Contacting our loved ones, was initially a practice for continued mentorship from our elders, and to know general life instructions such as; if the family (tribe) should rotate regions or plant in other areas.  It was the worry of the future, a result of Man becoming disconnected from our Roots (Ancestors) and our Seeds (Children) that manifested this fear of scarcity.

This delusion is common today, many have lost connection with the abundance of life with some selling their souls for the illusion of momentary balance and monetary gain.  Such as in the Celtic mythology of the Samhain, a celebrational legend during Halloween that introduces the Nemedians who sacrificed two-thirds (⅔) of their children, corn, and milk to the Fomorians.  For context, this “Fall” offering precedes the winter worship (and additional pedophilic child sacrifice) to Crom-Cruach (who has survived as Krampus aka Santa Claus).

WHO BENEFITS FROM FRIGHTENED CHILDREN

The energy of the Nemedians continues today, and in Sevan Bomar’s Why You Should Skip Halloween he names the entity that is harvesting the energy of our children’s mock death ritual appropriately labeled “fright night” during The Via Combusta, even still to this day!

In 1926, one of the oldest still functioning magical groups around today; The Fraternitas Saturni was created after a Masonic fallout at The Weida Conference in Germany.  Sometime later this small group of defecting occultist created an egregore, a collectively manifested entity.

The egregore named is Gothos or “GOTOS”, an abbreviation for Gradus Ordo Templi Orientis Saturni, who uses the collective passions of the group to charge its spirit in place of having a soul.  This egregore molded into\from this group’s persona, and acts as an arbitrator for the will of the group, also functioning as a “cloud” of pooled consciousness available to the group.

This egregore was created with two of the densest energies available on this realm.  Orgasmic energy captured in sex magic, and the blood from the sacrifice of children, the same rites done in the past.  Is this what’s figuratively happening when we willingly give our children candy that is poison (for lack of a better term) and wrapping?

Part of the romanticization of the occult is revealed in the dress up & objectives of juvenile games like bobbing for apples and roasting nuts on an open fire.  These mystic tools were used to divinate future partners among young teens.

This introduction into Sexual Energy eXchange, by adults mixed with the pedophilic (or what the mainstream identifies as Vampiric) energy practices of scaring a child purposely, opens the child up energetically to be host to energetic parasites.  It is this energy, and that coupled with the rest of Hollyweirds energy that GOTOS survives off.

Professor Jon Kabat-Zinn, famously said, “He who dies before he dies, does not die when he dies”.  This quote is reflective of the truths lived by our indigenous ancestors, in fact, death was welcomed with bravery and courage.  What we know as death was recognized by our ancestors is the astral realm.  It is the astral plane that was seen during the Cross-Quarter Day.  It is in this ritual we participate in, and its variations from our pasts that we learn and form our relationship with, and the celebration of Death; our holiday of Halloween.

I like you, have come into the awareness of actuality and struggle to swim against the current.  As I find myself growing older and passing on to my children the blueprints given to me, I see an opportunity for correction.  An improvement that will bring additional balance and stability to my life and the life of my grandchildren.

Why wait until grandchildren to repair a bridge we can mend today?

It is imperative and vitally important our children see us step up and take accountability for the state of our communities’ collective conscience.  Our willingness to participate in the ritual, while knowing the purpose of our acts is what sells our soul, and that tribe is our bloody signature on the dotted/bottom line.