I have put this article together at the request of my peers to speak in detail about Lucid Dreaming, DMT, and other subjects that could be categorized in the fields of Astral Travel, Soul Tracking, Soul Recall, and Ayahuasca.  It is a part of our continuing research to not only discover the hidden faculties of power within the Human Body but to also develop clear instructions on maximizing the output of this wonderful Vehicle, so all can come to know the great power within in order to properly reflect it throughout this World.

We do this in great hopes that our Species will embark on a different Quest of Life that does not end in a perceived halt of death and then unconscious rebirth, but that we mentally and spiritually join the continuum.  It is clear the body has no choice in this matter, from the dust it came and back to the dust it will go, re-sprouting itself into another instinctual Mass and in this, it has fulfilled its perpetual design.

I do not believe that everyone who has experienced Lucid Dreaming or has taken substances such as DMT are in a natural position to speak on the subject.  It becomes obvious that when embarking on parts of the Inner Quest by using these methods, techniques, and substances that you are entering a field that is far vaster than even the most Adept spiritual mind.

It is this expansiveness that makes it very difficult to narrow down such fields.  Tools, mapping systems, ancient and modern accounts are all needed in conjunction with a continuous trial to begin to innerstand the experience, benefits, and shortcomings of these states fully.

My interest in these fields has always been my belief that these states allow a man or woman to stand on the threshold of their very existence and look within and it is only from that position we can truly see what we are.  To do such things, however, takes high levels of maturity.  My qualifications come from my method of pairing what is known to what is unknown.  As I have often remarked, there is a redundant fractal nature to reality.

The body is a Map itself of the entire local Universe with our Organs being featured as the Primary Planets.

This system replicates with Earth with the main Chakra centers of the world, such as Uluru, also starring as the main organs of the Planet, in which all things of a major matter are being handled.

There has been a great deal of research and exploration into the Astral Planes (also called the Abyss) located within the ancient books and primarily in the ancient languages, whose tones serve as nautical tools for the Psyche.  It should be clear that it is called Abyss, or darkness because there has been very little light shed in these regions as far as us fully knowing what they consist of.

Rather than this being a negative thing, I think it is very positive.

In light of all the pangs humanity is experiencing in their growth process, it is great to assure oneself that the reason we have difficulties going through this process smoothly is that the solution to how to do that must be rediscovered and placed in a format that it can be propagated and then integrated.

That brings us to the next question… Is this for everyone?  Of course, the answer is NO!

Yet, this question will render a great deal of insight on how one day it can become possible that all may enjoy the treasures that are already here – readily available for those who sync up with it properly.

Society has placed itself in quite a fix as many of its “applicable for the time-sensitive situation” solutions lay promptly on the other side of the DMZ of what appears to me to be the remnants of a major Holy War.  This war concluded with the final victor obliterating, outlawing, secularizing and deprogramming all microscopic and macroscopic esoteric data, especially that of a universal level from the minds of the inheritors of this new age.

Foolish deeds, such as burning the maps back to ourselves, have their own ripple effect on those who caused it.  It is also to my innerstanding, at this very moment they are fully reaping what they have sowed.  Beyond that it was very silly for us, the affected, to not realize the Creators put a fail safe in the entire Creation by allowing the Map to be embedded within us.

The Controllers, (those who can’t seem to figure out how to make humanity truly progress while still selfishly demanding and maintaining control), know this so their only weapon is to make humanity look outside for something that is in fact inside.

THE ZODIACAL INNERVERSE – AN ANTIQUE IDEA

Now it is true, you can find a correspondence to everything in the Universe externally.  However, the time it would take you to do that would exceed the current 72-year on the average timeline we are given for physical life on this Earth unless you have been thoroughly equipped with benevolent Spirit Guides and Oversouls who still communicate mostly through internal means.

Those who are primarily external have a great tendency to be lost; while those who are primarily internal are full of knowledge and exclamations of things they have discovered.  This is due to the fact that it is much easier to astrally or internally travel to the frequency of let’s say, Venus than it is to embark on a physical trip to the same location.

This shows profoundly that matter is truly slowed down energy and light.

It is that density that reduces the speed of our progress.

To make it simple, if you truly want to travel and explore through great regions of existence, learn to use the Innerversal Highway.  Further, so no Soul questions come up in this dissertation you should innerstand the progress of Soul transmutation and transfer.

The Soul itself CAN and DOES grow.

Many assume the Soul always stays the same.  I have discovered fully that it matures over time just as the body matures.  The body, however, terminates on a Physical level after death eventually being absorbed into the Flora and Fauna functioning itself as a fertilizer full of DNA and essence of the Soul that used to reside within it.

The Soul itself then finds another “Vehicle” fitting for its next experience after calculation of previous growth.  Because the Soul, as I spoke of above, moves so fast it does not experience a long drawn out death.  It experiences a flash and then it has been renewed.  This answers the question of what happens to the Soul within animals as it makes its progress through Sentience.  This is not rocket science.  We can look at how Animals have evolved to get a slow motion of the process at hand.

The Soul could live life first as a lizard or reptile, then eventually move its way up or down (depending upon who you ask) to a warm-blooded mammal.  After reaching “domesticated animal status”, the next life may be in fact a low-level human or a human that lacks a great deal of reason – one still possessing more of the animalistic essence learned by the Soul through transference through those fields.

In order to fully comprehend this, we will use the dog as an example.  You cannot confuse the Soul inside of the dog as exclusively a dog Soul only; but rather a Soul that has been through various existences and is now living as a dog due to the laws of Karma, Dharma, Evolution, Involution, etc.  So when that Soul leaves the dog it is highly unlikely it will reincarnate as a dog again but will move on to its next stage.  To be clear, the dog when born is populated by a Soul moving into the frequency of incarnation as a dog.

Once that soul completes that experience it will move on. 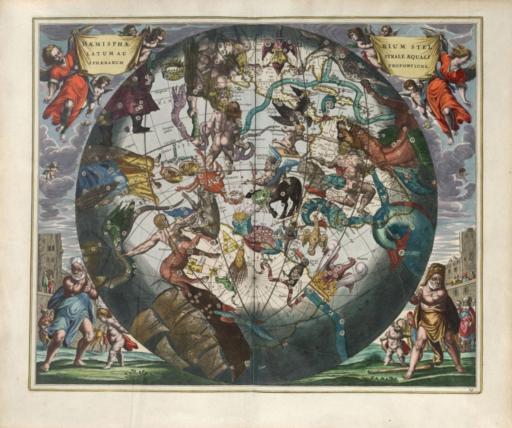 DOGS – ONE STEP FROM BEING HUMAN?

In addition, since the Soul is always making progress (even if it is going through a “bad” incarnation) there is truly no up and down after the point of Sentience or what is called in the Ancient texts, The Age of Knowing.  The Soul whether living as a Hero or Villain, Good dog or Bad dog, is still gaining experience that will determine what they gravitate to next.  It is imperative that we think about this also when determining whether or not we are continuously incarnating into human form/format.  We should also ask ourselves if we have actually meshed well and truly communicated or received instruction or guidance with the Species adjacent to us be the Angels, Demons, or correctly put Intelligent Ether.

As a quick side note, I will say what we think is Ethereal is just out of our visual spectrum.

When we have the ability to change our normal visual insight into that of the Third Eye, these Ethereal Entities become very solid in the way we consider what is solid and what is not.  We should also begin to look at the various clarifications of the human species and what causes such separations.  What is the difference that makes us so different?

I’m absolutely sure, with vivid confirmation, that there are other Entities that do not directly reside in this frequency spectrum that are assisting.

We should also begin to look at the various clarifications of the human species and what causes such  I think we should have always considered that the Trees cannot live without us since we are their main source of life through Carbon Dioxide.  Of course, the Trees have been around even before the Dinosaurs and Humanity has an extreme connection with them that has been nothing short of overlooked and even outlawed.  What I am saying is, certain trees know about all of this, including the solution, as they are familiar with the cyclic behavior of our species.  They have seen many come and go, some with great success and others with horrific failure.  We, of course, are not talking about the common garden fern, we are referring to the…

Anyway, enough of that for now… 7