Before we go forward, we still need to cover a couple of things before we dive right away into the Code of Kali as it stands today (the “Fake Kali” that is).  If you remember “My Pet Goat” – that’s the book George Bush was reading to children, while the towers were dropping… and there’s a reason behind this.  Believe it, or not. 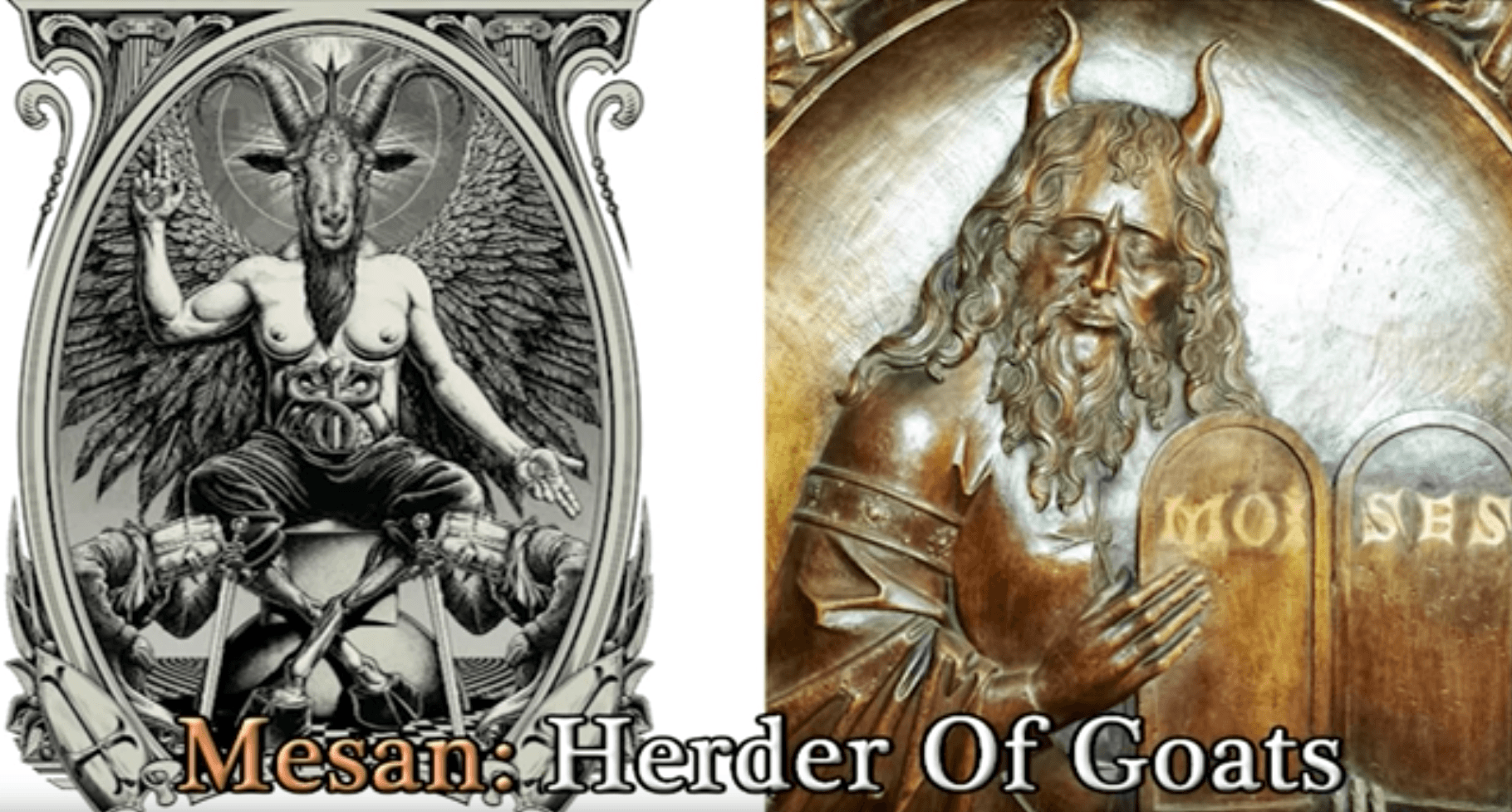 Imagine what it’s like to be me – to be the one coming to deliver this.  We are bringing something out of love.  What we say now, will affect our futures.  We’re willing to accept what will happen.  We find fulfillment in bringing this.  We want people to know.

We must realize that this is the way the world believes currently.  This is the power centers of the world, right now!

Knights Templar, The Banking System – all of this is happening right now.  Contracts, marriages, all those things are happening right now.  Debt based systems, linguistic confusion – all this is going on right now!  Spiritual misconceptions.  The total hijacking of culture.  The desolation of fertile lands.  This is happening.  This is not us in a spaceship recounting the actions of Earth.

Let’s go deeper… Who’s behind all of this?

We know (and everybody that deals in conspiracies know) that somehow the Freemasons seem to be intrinsically connected to all of this.  Even many of them don’t even know it.  It’s funny to watch the Netflix Mason series – it’s hilarious how many men can go without study!

I am NOT a Mason!

I have not been initiated into any society.  I initiated myself into the mysteries of life and of self and came into this knowledge.

When you join these organizations, they rob you of your ability to go check back the story.  They have a bunch of “Santa Clauses” telling you what the truth is, and they don’t even allow you to challenge them in their system.

It becomes very difficult to go back and say, “well maybe that person is not right,” – when they are so much older, contain higher degrees, and know things that you don’t know… That’s why the first initiation starts off with you playing Hiram Abiff and them killing you – because that’s their act of killing your soul.

Who are they?  Since we don’t like to leave the term so broad…

You must innerstand there’s a difference in masonry – it’s called “Accepted.”  This is the stage that you need to be in, to rise through the ranks, and maybe become aware of parts of this.  Versus if you’re just a regular Mason, you are “Not Accepted.”

This is the entire world takeover – but we need to know who the perpetrators are first.

There is an etymological connection to realize that the word “Meson” that gives us the word “Mason,” is a herder of goats. 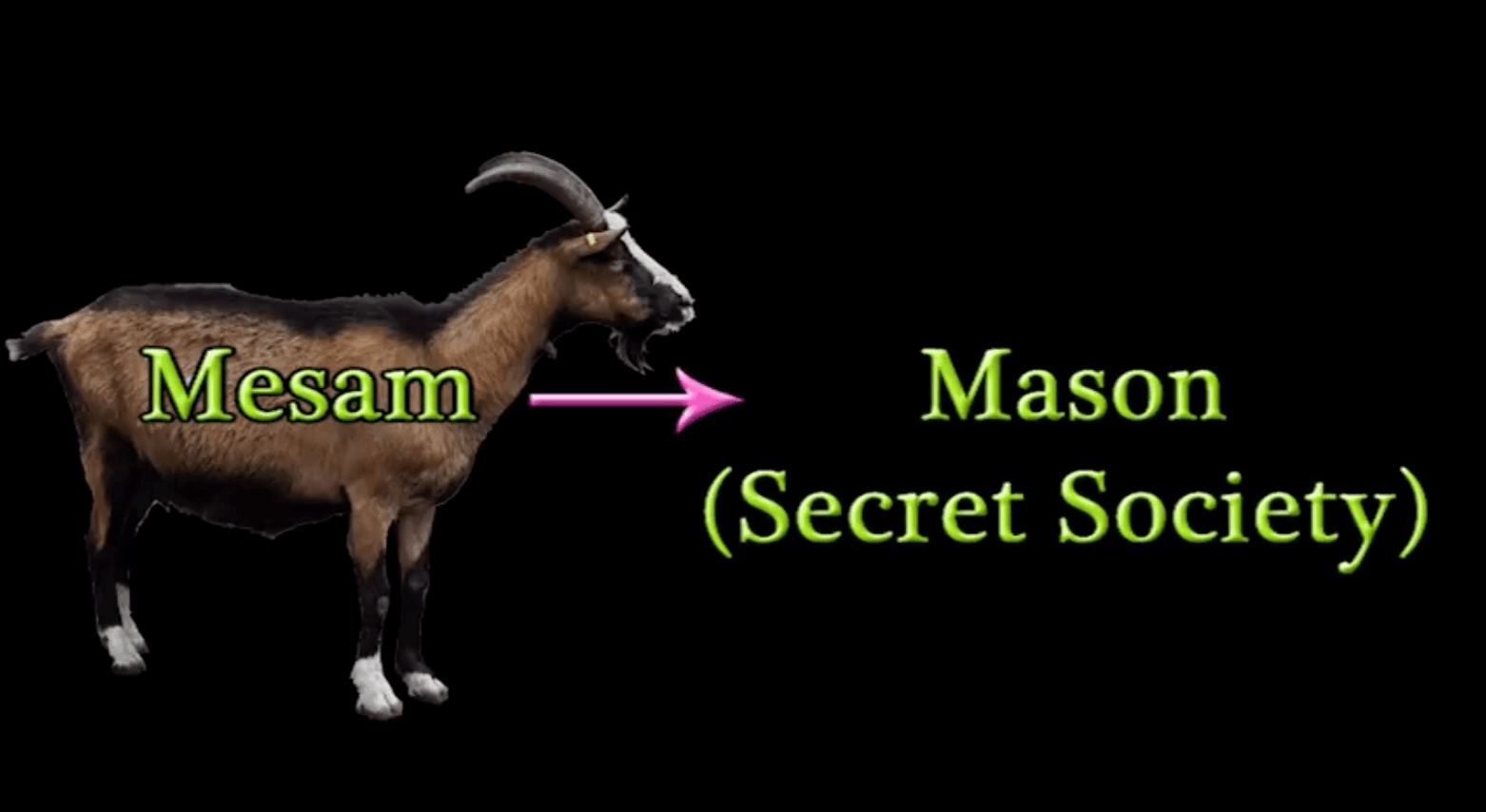 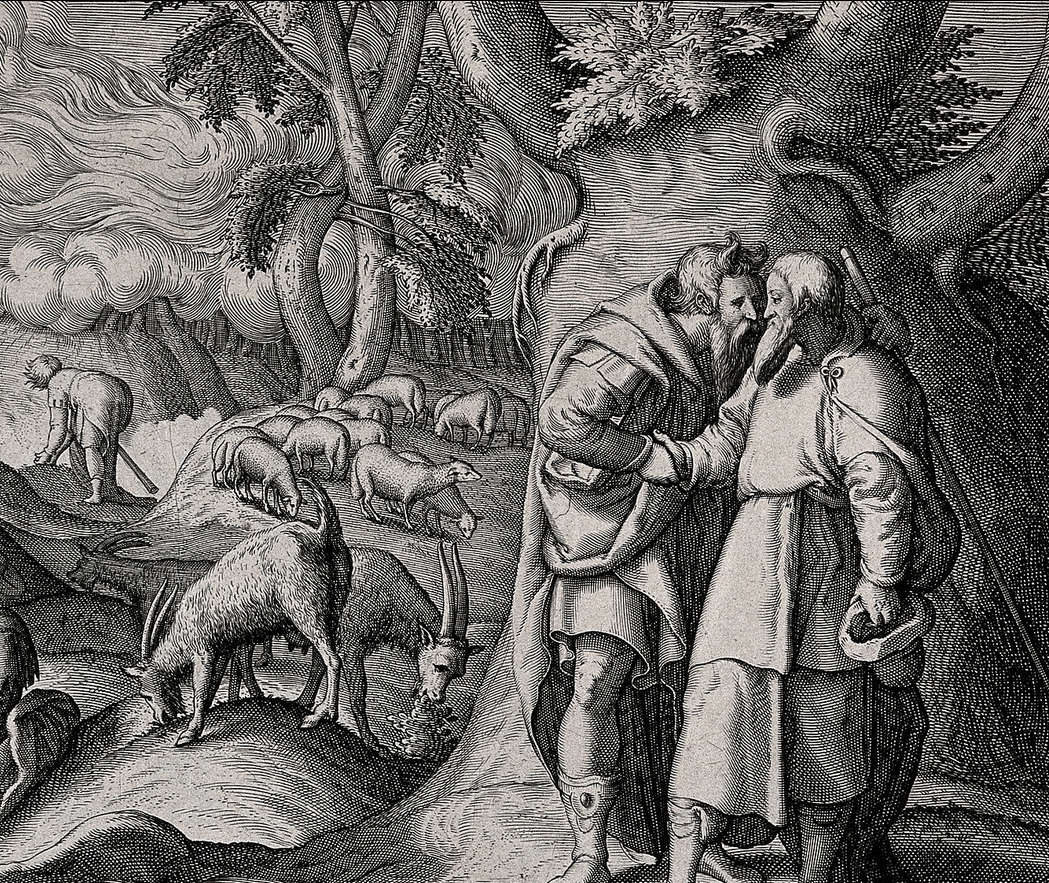 The herders of goats were not broke people back in the day.  There is a lot that you can get from a goat -the goat has a specific kind of temperament.

The goat is born equipped to do battle.  There is what hangs under the chin called the Wattle (carries high levels testosterone in large ones), there are the horns…. therefore, this symbolism was used because it is ideal for warfare.

This gets us into death and war cults.

We have an image of Moses who is always depicted as having horns.  We pointed this out in past episodes, I introduced about 12 images of Moses, from ancient times to modern times, always making sure they place horns on him, even if it’s just his hair.

In this picture, it’s even more clear because look who’s next to him.  The goats.

When you realize that Moses is actually Pan, then the profane initiations in these groups, of putting the penis inside of the goat, begin to drill in a bit.  In masonry, some have said, “the Knights Templar was the smell of a cat’s ass.”  Minimum, you needed to kiss a cat’s rear end.

That was part of the initiation.  Let’s just say that these initiations take place… this is a secret society.  They always depict things as they really are, but for the uninitiated, they don’t know what it’s about.

Moses is always depicted with goat horns, and that’s the cult that we’re talking about – The Cult of Death that represents itself under the symbolism of the goat. 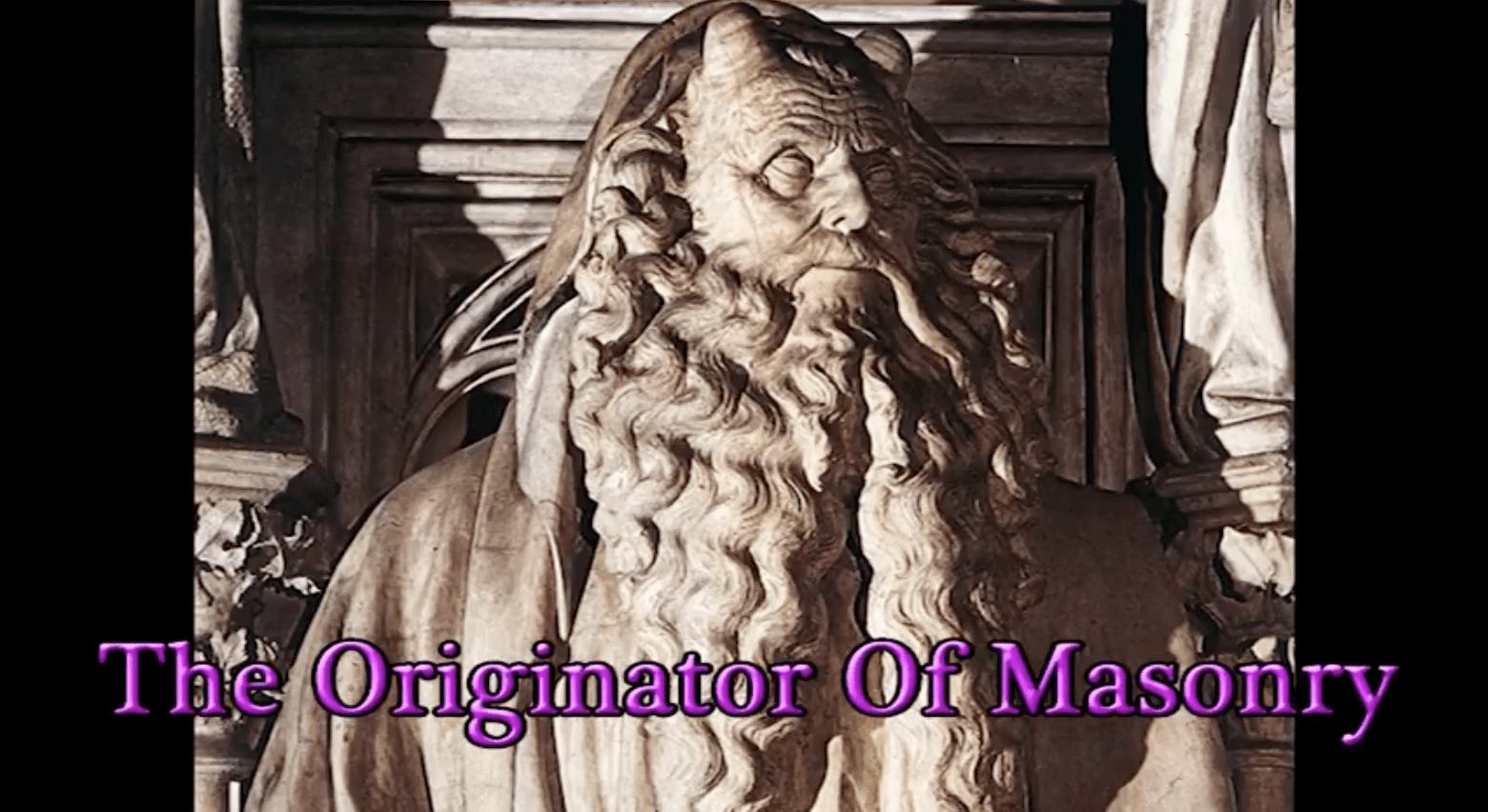 Is this the original representations of these particular entities or ideologies?

Absolutely not! – but they are the modern interpretation.

Just as the Star of Murugan and the swastika – they have taken on an entirely different nature that the world practices.