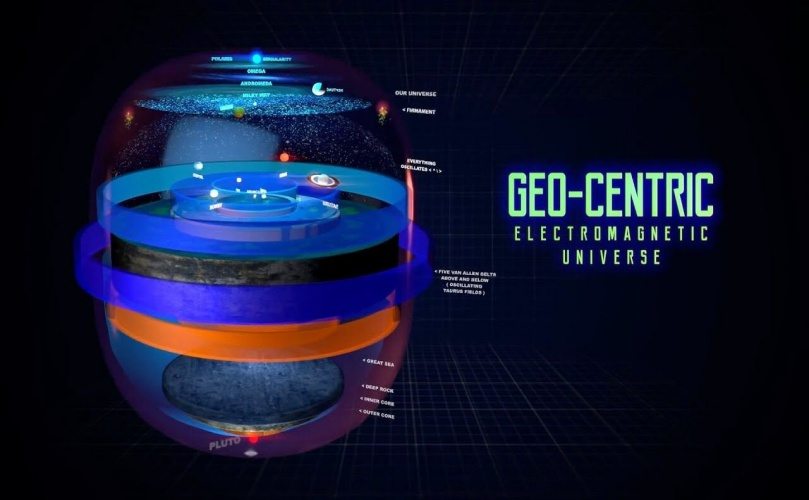 We are on a 168,000-year journey into our own existence, our time capsule, our home, our Consciousness. This video reveals the Cosmic Cycles of Space, Time, and Matter — of the past, present, and future — in a synthesis of the syncretic research of scriptures, technologies, holy books, science, cosmology, our observable reality, and inner-standing.

Martin Kenny delivers an overview of the electromagnetic “Cosmic Egg” Universe — its ages, realms, and civilizations. He shares a culmination of knowledge of ancient sources and civilizations from across the world, who All knew that time operates in cycles.

Martin tells the cosmic story of a semi-ethereal master root race, the Polarians, and the creation of the Universe from the Center of Earth, Mt. Meru, where earth and heaven meet. From this electromagnetic cosmic-egg creation are birthed 4 concentric rings, 4 Physical Earthly Realms, and 4 Root Races: Hyperboreans ~ Lemurians ~ Atlantians ~ Aryans 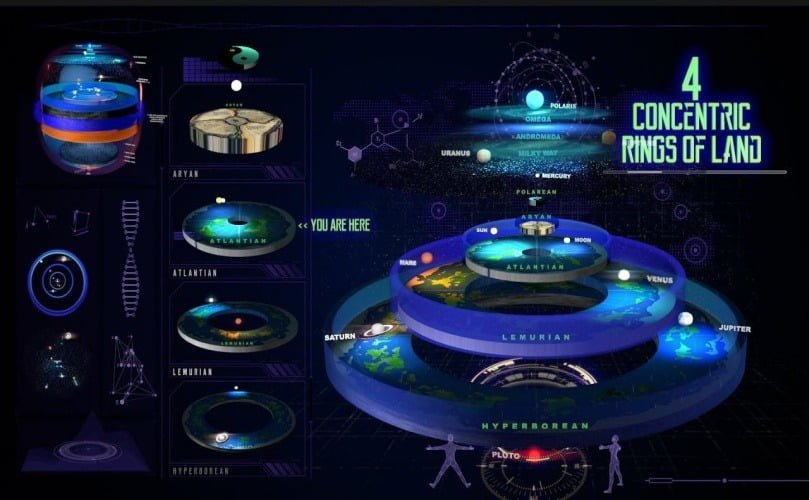 Think about it: all of creation is the spokes on The Cosmic Wheel, turning the 6,000-year timeline of this realm that we currently exist in.

To Sovereignty 2020 and beyond…

How does this information resonate with you? Is it difficult to believe that the majority of what we have been taught has been a deliberate obscuring of the truth? Do you believe the Cosmic Clock, known by ancient civilizations and ancestors, is the true design of the Universe?

In this video, researcher Martin Kenny gives a detailed description of the design of the Comic Clock, such as Epochs (24,000 years for a full cycle), the 12 months of the year, the 12 zodiac signs. the 4 seasons — 4 ages, 4 eras, 4 civilizations, 4 root races, etc.

Do you ever wonder Who or What are we? Where are we? When and how did we get here… and have we been here before? What are we doing, and why are we here? How did all this life begin… and where are we going? If these questions and answers are important in your experience, then these videos will take you deeper into that Connection.

Have you been following up on the Flat Earth Universe videos? If so, copy any links of images and videos you may have in the comments so we can look over and share what you have found.

Would you like to know something specific about the Cosmic Clock? Let us know in the comments and someone deep-diving into this topic will leave a response.

Do you know about some historical occurrence that directly connects with the Cosmic Clock? If so, let us know about it in the comments.

Like a lot of things about this reality we experience, linear time is simply a very convincing illusion.  It is an illusion created by consciousness; in fact so is “space”.  Closely related to the idea of “time” is the notion of “linear causality” — A causes B, B causes C.  This notion is also just a very convincing illusion.  The reality that we are experiencing is by no means an “objective reality” as most people presume.  In fact, it is more like what we would conceive of like a virtual reality; but one with some very interesting rules.

Let’s briefly review the basics about what you and the universe really are. Then we’ll dive into how and why time and space are illusions.

The very fabric of the Universe is conscious, and your consciousness is a thread of this universal consciousness with its own focal point of awareness. We are apertures that the universe is perceiving and experiencing through.

Mainstream science, with its rigid materialistic view of the universe, believes that consciousness arises from the operation of the brain.  The operation of the brain does, in fact, give rise to some LIMITED cognitive and analytical abilities, and local memory, but our higher consciousness exists in the field, and our brain functions as a receiver.

In fact, consciousness is all the Universe is.  Everything seen and unseen, large and small, are just thought forms inside of the cosmic mind.  And because we are threads of this cosmic consciousness, we are creating our reality with our thoughts and beliefs.  This is how the universe works.  This is what it is.  We are part of a great cosmic mind, and all realities are constructs.

The information that represents every aspect of every moment of the past, present, and future all exists simultaneously, eternally, and NOW. Not just all the information for the timeline that we are experiencing, but all possible timelines — literally an infinite matrix containing everything possible, everything imaginable.  Of course, this is not apparent from within the space-time construct because we are only seeing and experiencing the part that is needed to create the experience of our reality. You can think of a timeline as the path that our consciousness takes through the information, and hence experiences.

In an unbounded (unconstrained) state of consciousness, the state of our higher-self, we can move our point of awareness anywhere in the infinite matrix of information that represents all that is; navigating through it by either the “temporal” dimension or the “spatial” dimension.  More about this later in the article when we look at remote viewing and past life regression.

Our physical reality is a construct that our souls are using as a learning experience.  In a certain sense, our whole reality is an illusion, but the experiences it provides are very much real and leaves an indelible mark on the consciousness that is our souls.  It serves as a most excellent training system for our souls and drives our souls’ spiritual evolution/growth. 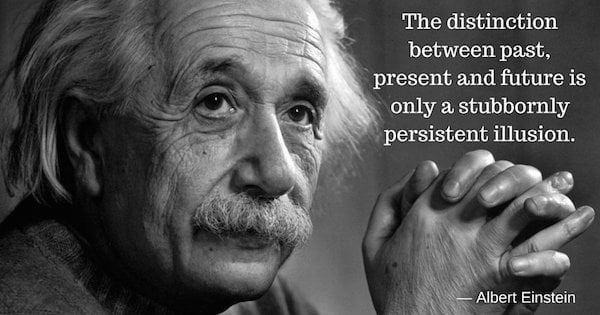 From the context of the eternal NOW and the infinite information matrix, a linear experience is created by sequentially stepping your consciousness’s focal point of perception/awareness through the information matrix.  This process creates the experience of time and space, motion, evolution, and causality.

It’s like a movie produced with a film projector.  In a film projector, the illusion of motion and time is created when the projector displays the still frames of the film, one frame at a time, in a rapid steady sequence.  Yet, ALL the frames exist simultaneously.  In fact, the projectionist can take out the film, spread it out on the floor, and view all the frames at the same time.

In a similar manner, our consciousness “projects” individual “still frames of reality” in a steady and extremely rapid sequence, BILLIONS of times per second, creating the ILLUSION of the flow of TIME.  Each “frame of reality” contains absolutely NO MOTION whatsoever — it is a perfectly STILL image.  Yet, by rapidly sequencing these still frames, we create the illusion of motion and time.

“It is you who are moving, not time.  Time has no movement.  There is only One Moment.” – Bashar

The Illusion of Continuity

Normally, the “reality-frames” that we view in a rapid sequence are related and similar creating the ILLUSION of continuity.  Continuity is required to make the game of life a convincing experience.  If we experienced obvious discontinuities, we would realize we were players in a game, and that would diminish the effectiveness and purpose of the game of life.

How continuity is enforced is not entirely clear.  One explanation is that we simply don’t BELIEVE jumping around time-lines is possible.  We steadfastly BELIEVE in the idea of time and its continuity, discontinuities don’t normally happen.  We EXPECT continuity, so that’s what we get.  We are creating all of our reality with our thoughts and beliefs.  This is how the universe works; this is what it is.  We are part of a great cosmic mind.

But continuity is not an absolute requirement.  It is possible to “jump” to a completely different frame in the infinite matrix.  Jumping around the timelines would normally be considered “Time Travel”.  This has traditionally been considered impossible.  One argument that is often put forward as to why time travel isn’t possible is the classic “grandfather paradox” that states:

Of course, the paradox dissolves when you realize that there is an infinite number of timelines, all simultaneously co-existing (parallel but distinct paths through the infinite matrix, or “flow” of events).  When you “Time Travel” you are jumping to a different timeline.  There is no change whatsoever in your originating time-line.  The timeline you switched to may appear to be almost identical to the one you were on, but it is a totally different timeline. 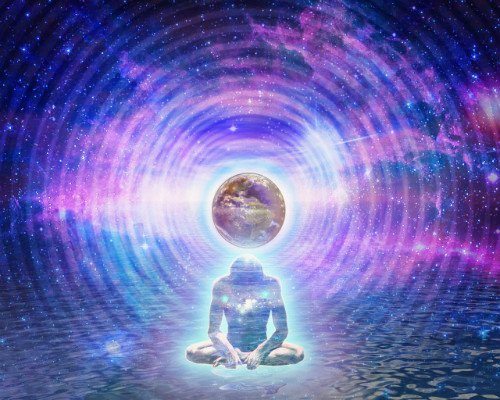 Paranormal Phenomena and the Illusion of Time and Space

The paranormal/psychic phenomena of remote viewing and past life regression shed light on the underlying nature of our reality and are consistent with the illusory nature of time and space that I am presenting here.

Remote viewing is the term that the military intelligence community coined as an alternative to other metaphysical terms.  Remote viewing is the ability to view any location, no matter how distant, in one’s mind simply by conscious intent.  According to the book “Limitless Mind: A Guide to Remote Viewing,” anyone can develop this ability with training.

The ability for the mind to “see” any location in space strongly suggests that consciousness exists outside the brain in the fabric of the universe as many ancient schools of thought believed.  Many leading-edge contemporary scientists are starting to understand and prove this (check out the book “The Immortal Mind: Science and the Continuity of Consciousness Beyond the Brain” to dive deeper into this subject).

Our conscious awareness is indeed a part of something akin to a universal mind.  In its unbounded (unconstrained) state, we can move our point of awareness anywhere in the infinite matrix of information that represents all that is, navigating through it by “spatial” or “temporal” dimensions.  In the case of remote viewing, we are accessing our unbound (universal) mind and moving our focal point of awareness through the “spatial” dimension of the universal information matrix to a specific “spatial” location.

Past life regression is a technique that uses hypnosis to put a subject into a state of consciousness that allows them to access unbounded consciousness of their higher-self to explore.  This is what we traditionally think of as past and future lives.  Our higher-self creates many souls that are aspects of itself and projects them into the lower frequency planes of existence.  During past life regression, we are able to access some of our unbounded consciousness and move our point of awareness through the “temporal” dimension of the infinite information matrix along paths and to locations that correspond to segments and points on timelines that other aspects of our higher-self (other souls) are stepping through (experiencing).

Our higher-self creates many souls and puts them in many life forms, on many worlds, in many different situations to accelerate its spiritual evolution.  It is experiencing everything that all its souls are experiencing and growing because of it.  It is having a massively parallel experience through all of its souls!  If you want to learn more about reincarnation and past life regression, I recommend the books “Journey of Souls” and “Past Life Regression: Discover Your Hidden Past Life Memories”.

The Mechanics of Reality Creation

The reality that we are experiencing is by no means an “objective reality,” as most people presume.  In fact, it is more like what we would conceive of like a virtual reality, but one with some very interesting rules; some of which I’ve discussed here.  Deeply understanding and mastering the laws and mechanics of reality creation will make you a very powerful being who can tailor make your personal reality whatever you desire.  If we ALL mastered this and focused our thoughts and intentions on the same vision of a better world, we could very quickly and drastically alter our collective reality too!