What is this activation of consciousness?

The word Siddhis as a word means power; the powers when you make it plural.

Using a little etymology (especially in the English culture) this word actually gives us the word city.  As we know everybody is in cities right now, so you find an immediate connection – because the Siddhis were where people went, en masse at times, to get healing; to find change; to find growth.

The replication of cities is somewhat the same thing, but grossly misconstrued. The cities attract people who come to the city to find jobs and protection, etc.… but it’s all external.

When we look at the New Age movement today and all of what we aspire to be in the conscious community, meditations etcetera… it all narrows down to the Siddhis – and what was capable of being achieved once you were able to unlock these abilities. 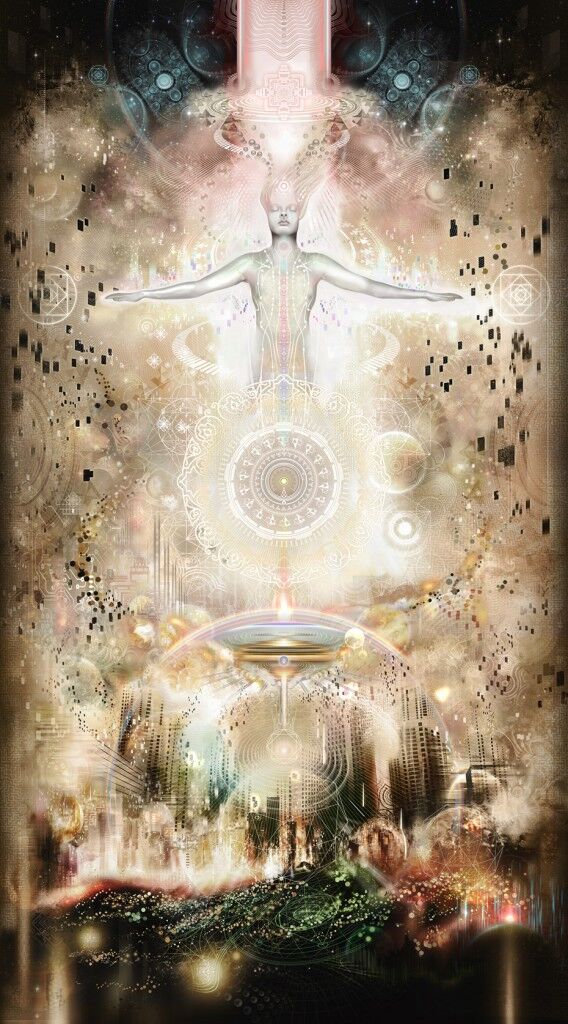 We have some notations here of what these Siddhis and powers actually are – What is the power connected to and how does it work?

The Parkaya Pravesh is placing one soul into the body of another person – this can be the route to Immaculate Conception and raising the dead.  This is an ability that can be achieved by unlocking certain chakras, and it gives you the ability to literally transfer your energetic field into something else.

You can do that being an infinitesimally small creation and then living through something essentially by inseminating it – so infinitely small… even placing your body inside of something that may be inanimate or dead, and bringing it back to life.

We have another one called Haadi Vidya which is no hunger, no thirst, a nullification of oxygen (no need for oxygen), extensive fasting, and no bowel movement – the main point with these powers is to go beyond what would be the standard drawback of the human body.

You have Kaadi Vidya which is the change of the seasons have no effect.  This is big because the environment often controls a lot about how we function, and how we think.  With this power, the environment doesn’t actually have power over you – even full moons, Suns and certain cycles etcetera… it all has no power over you.

As we move on, we get the Madalasa Vidya – becoming as small as a particle, which also connects to that first Siddhis power.  It also gives you the ability to increase your size exponentially.  So, if something needs to be lifted, if you need to go into another space…  you can make yourself really small to get in there, or really large to get up there.

We have the Vayu Gaman Siddhi – this is flight or teleportation.  Some are even familiar with now and experiencing it through the height of astral travel and hyper-dimensional travel.  Teleportation, gain physical flight, and levitation etc this is where all that comes from.

Next, we have the Kanakdhara which is unlimited wealth and even beyond.  This is increasing food and increasing abundance, like the five loaves and two fish parables of Krishna (also known as the Christ) which is being able to feed a lot people with a small amount of food.

Then we have Prakya Sadhana which is making a barren womb fertile, or anything barren fertile again, even if it’s a desert or a dead tree.  Bringing fertility back into that womb – the ability to see into those metaphysical planes to see what the blockage or the issue is.

Finally, the last one we are going to cover is Surya Vigyan – using the solar rays to transmute one thing into another thing.  Since this projection that we’re in is generally sprayed from the Sun, if you have access to that Ray before it touches whatever it is supposed to, to become dense and form into, you can change what it’s forming into- and that gives you this power.

The way to attain those powers is what they call Aushadhis- which is basically awakening through herbs.  This gives us the shamanistic traditions of using the Ayahuasca, the DMT, the peyote, etc. to bring about different spiritual powers.

That was not the only way, however.  Generally, there was the strictest asceticism (severe self-discipline and avoidance of all forms of indulgence) often practiced in place of that.  Meaning no drinking water and fasting to bring about enlightenment.

Lastly for now but not least, there was Shakti – where your master, teacher, or guru could actually transfer energetic potential that would give you some insight into what those powers would be.  Then as you ran out of Shakti, which is like fuel, you would still be inspired to continue your process of building Kundalini, so you can achieve those points.

Presence is being aware and giving credit to the magic of life for what it truly is… PURE MAGIC!

The essence of honoring:

Being conscious about the Sentience of our body even in its seed form.
For example, our physical hands function like dream implosion; we use our hands to manifest the idea from the invisible to come into this plane.

We can see that this process of creation is slowed down magic because when we take a timelapse of a before and after picture, it shows an invisible idea coming to life through us.

Our mind has to practice this way of perceiving reality in order to get into a meditative state of being.

This simple insight has a deep meaning.

Creating an inner spiral instead of a circle, so that our energy is able to circulate and breathe, building our way towards efficiency and effectiveness.

Honoring is allowing our ancestors to come alive through us from the depths of our inner waters when we match our/their wavelength by tuning ourselves like a musical instrument playing the ancestral song.

As to when it comes down to the building blocks of all… the elements are photonic sound connecting with oneself; coming into the knowledge that we are the ancestor by creating a gathering of ancestor’s spirit in our external (as well as the internal environment) we come in full force and our influence in ether becomes more lucid. 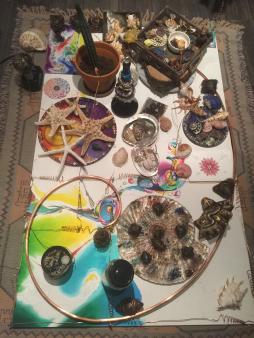 Honoring our soul, our ancestors, our essence of life, and existence itself, by being mindful of the lesson which is the experience of life itself.

Seeing life as a big initiation where all events are like classes at the innerversity of soul seed expansion where our elemental crystal gets transmuted into more pure states of elements.

Tuning ourselves to the vibe of purity where the more perfected versions of our ancestors exist, because we can honor distorted ancestors too… and then we give that power.

When we perfect our water crystal, by applying advanced self-healing techniques, (such as thermodynamics-superconducting-piezoelectric current) imploding our torus and amplifying our light…

so that their inner light can start to absorb our light and we are able to heal and remember on multiple spectrums (depending on where oneself is at on the path towards self-mastery).

We can then re-align with our ancestors who are trapped in illusionary dream realms (which are in a way very real – a paradox),  implode the dream realm and gain more soul current placing intentions on fertile ground, on a grid or at least an altar, where our advanced elders then have an easier time to do their thing.

They hold ground as they are mountains.

When we imagine and meditate on the element while looking at the double-mirror image, to really sit with the essence of what is behind the physical appearance, creating a real bond with the core spirit totem pole.

This is what it is to honor our ancestors, celebrate life, and embody our magic.