Just as humans have seven (or more) identifiable energy centers in the body or swirling vortices of subtle energy, so are there Chakra centers of Mother Earth that govern her health and act as a reflection of her energetic evolution.  Dr. Hiroshi Motoyama developed a way to measure the Chakra centers of the human body – to give them a scientific basis although they have been considered purely Metaphysical for centuries – though Saints, Sages, Monks, and Yogis knew of their existence long before they were recognized by scientific instruments.

“There are many cultures that conceive of an energetic system which runs the body, but the Yogic Chakra System is said to be 4000-5000 years old.  Chakra translates loosely to mean  “wheel” from Sanskrit, but it more accurately describes a vortex of rotating energy.  Some Chakra systems contain twelve primary Chakras, others fewer, but they refer to a map of the energy circulating through the body, primarily through the spinal column.  Each Chakra is situated near an endocrine gland that is responsible for regulating hormonal reactions in the body.  The Chakras also act as translators of energy.  They assimilate energy from surrounding influences, including your own emotions and thoughts and the Chakras of others.  In the yogic conceptualization of the Chakra system, there are seven primary energy Chakras.” (Yogaforums.com)

Each Chakra has its own bandwidth of energy, and it governs the perspective of each person at that vibration.

The Earth’s Chakras are very similar.  They are reflective of the root all the way to the crown. 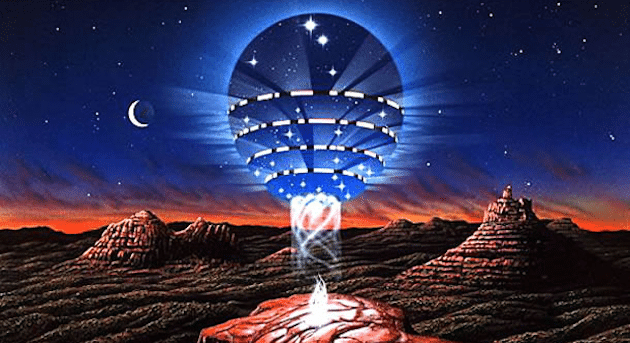 The Chinese/Japanese conceptualization of the Chakras or meridians is slightly different than the Indian conceptualization as is the Kabbalistic, but they weave into a very cohesive understanding of the energy body.  Such is also the case with the Earth’s energetic vortices or Chakras.

If we look at nature, we discover that design and innovation – the architect and the inventor – are at work.

What is the goal of this effort?  Alone, among the planets in the solar system,  Earth is the matrix for life.

According to esoteric geographer Robert Coon, “the Earth is a living being, with its own creative, evolutionary will, and with its own methods for enacting that purpose“.

What are the maximum potentialities for life?

It is the true will of the Earth to find the answers to this question, and to communicate these results to other laboratories of life throughout the universe.” (earthchakras.org)  The same way that Kundalini energy weaves its way up the spine from the root of the spinal cord in a human being, in a DNA-like fashion, so energy also rotates throughout the planet.

Here are the most commonly accepted geographic locations of the planet’s Chakra system and what they represent spiritually.  (Please note that some locations are not fixed because it is thought that the Chakras can shift locations based on planetary cycles):