Let’s go ahead and dive right into these chakras and how they connect.

We want to make sure we’re completely cohesive since we’re starting off below the base of things in building this foundation.

As clear and concise as possible, is to see the chakras like the planets and the cosmos.

There are more than seven chakras, and you have several points in the body that could be perceived as stars or planets… some being primary, some being secondary, and some in development.  Just like planets, you have primary chakras, secondary chakras, and chakras that are being developed.

Chakras tend to develop in certain age ranges – and this is why in the past, there was a profound system of seven stages where the chakras were developed in a color system.  Then as you went through that process, you would experience different things – and they try to generally iconize what you would experience in an image. 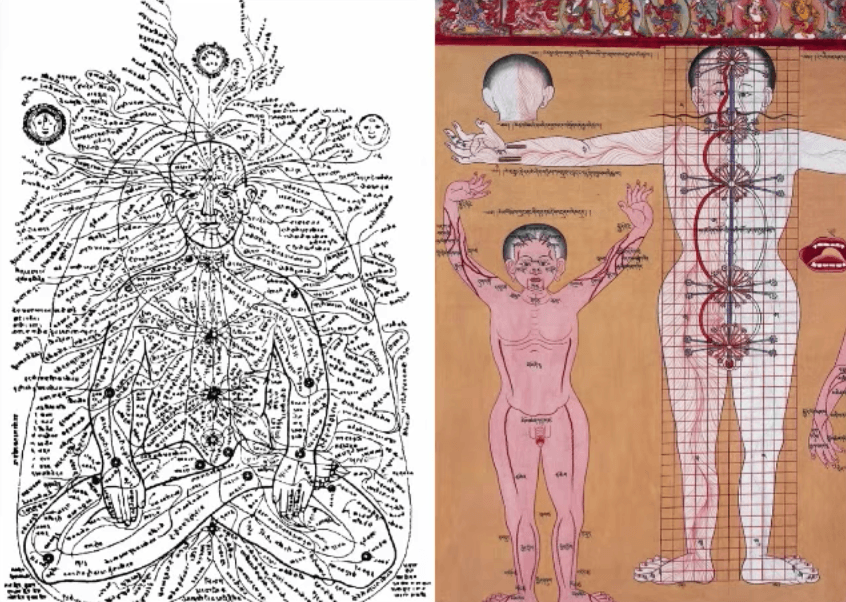 Those images later became known as the pictures of God, the real gods… which are humans – and they have inside of their body, these clusters; these nuclei of power.  When activated and turned on, these begin to spin or work in conjunction with one another in the development of Siddhis… but you must start from the beginning.

You can see that you have these chakras placed inside of your body, and they can be perceived as the Keymakers – originally derived from the idea that the chakras have unique geometries inside of them, and a unique key to unlock or unblock each one. 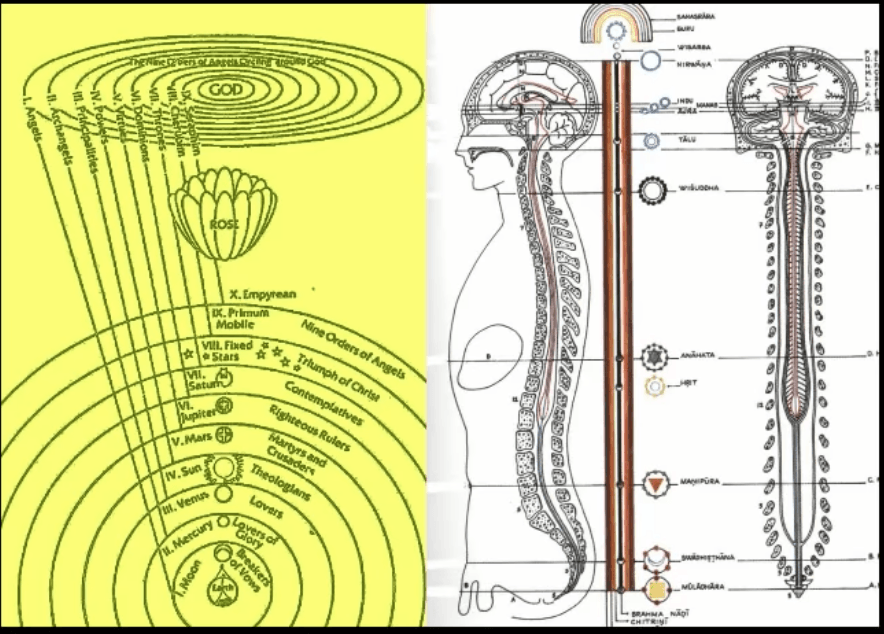 The greatest level of realization and internalization of these powers is in the acts of the meditations and working on non-judgment.

My entire body of work for the last decade has been about activation of chakras, but we see that it doesn’t always entail simply a direct application.  It could be hidden, it could be something that you need to experience, or someplace to go to activate these certain centers.

Simply put, this is the sheer awareness that there are power centers inside of your body, that are responsible for why you can even stand up.  Right now, there is a field moving around the body rapidly, that makes it very easy for us to stand up.  Anytime that you’ve been in deep meditation, you’ll notice that if you lean a bit back, even a little, you almost start feeling like you’re brushing against some kind of field that’s moving around the body.

Some that have prayed extensively and honored extensively, notice the body will naturally start doing this… leaning and rocking.  Some cultures do this on purpose to bring about that same change.  It is the same thing with the Whirling Dervish – they spin and spiral like the cosmos, in order to activate certain alignment within their consciousness.  Imagine whirling in a huge outer layer, entari or garment… when in the perfect position, you start to spin like a top, and the more that you do (like any kind of dynamo), it starts bringing other parts of your system online.

That’s what we’re talking about when we’re saying how these chakras are used and how they work in conjunction with what we are doing.  But, also how mystical they are – because although they are present, we tend to not see them or recognize them.

One more final thought, about how the chakras connect to the organs.

Your organs (named appropriately) make sounds – just as the organ is played inside a church.  Your chakras all play specific sounds that allow them to do what they do in the transitions and processing needed in your body.

Sickness is when that organ is no longer playing harmonic with the orchestra and begins to drag down the rest of the chorus by playing off tune.  Then other organs are forced to try and compensate for the lack of performance from that particular organ.

Listen to these metaphors – they work in different aspects of life.  These are maxims and ultimate truths.

When a chakra fails, disease ensues… lack of awareness ensues.

Here is the connection between the organs in our body (seen metaphysically as the planets), the chakras inside the body, and the tones they play.

Humanity is in itself the instruments, singing a song or in an orchestra together – even if some are off tune, we can collectively attune.  We have the ability to be able to use things like tuning forks, mantras, vibrations and tones to tune our chakras as we would tune an instrument.