In previous posts, we began to examine the nature of the biblical God/Gude character by exploring the hidden meaning of numbers, geometry, language, and logic in constructing realities.

We also considered how the use of these variables in reality-construction is also an act of racism because races are really the ratios of light and sound that make up a reality – including human skin.

In this post, we are going to go beneath the skin to explore the world of internal frequencies and then work back outward and upward to a common natural phenomenon of the heavens – the rainbow.

In revisiting this God/Gude character let’s place him in a larger context that includes the all-important, age-old relationship between masculine and feminine energies. 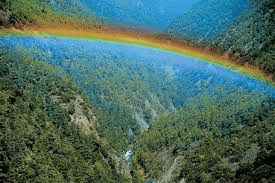 But first, let’s ask this simple question: After the great flood, why does the God of the Bible tell Noah that he is going to make the rainbow a sign of his covenant with humanity?  At Genesis 9:13-16 God says to Noah,

Here God seems to make peace (“piece”) with humanity, but if we remember that the God of the Bible is a jealous and power-hungry god, that leads us to wonder exactly what kind of agreement is being made.

If you meditate on this question long enough, you’ll find that God’s rainbow covenant actually refers to the body’s primary organs, fluids, and glands, which vibrate in precise number sequences.

One way to picture the connection between these vibrations and the literal rainbow is the traditional depiction of the seven chakras as rainbow-colored spinning wheels of energy centered along the spine.  In the occult rainbow, these parts of the body vibrate in synergy, which means they form a whole that is different from, and greater than, the sum of the parts.

If we apply the occult dictum “As above, so below” to the natural phenomenon of the rainbow, we innerstand it as the coming together in the heavenly realm of the colors of the ultraviolet light spectrum in a certain “rank,” or order, to become something greater.

In the same way, the body’s organs, fluids, and glands vibrate together at certain frequencies in the earthly realm.

These synergistic vibrations not only support physical existence but also give rise to the “something greater” of consciousness.

We know that the whole is greater than the parts because in both phenomena there is no clear, sudden break between colors or vibrations.

Instead, there are millions of fusions and shades between one color and the next.  For example, the transitions in color created by the thousands of pixels on a computer monitor, and those fusions create a bridge between one clear color, vibration, or absolute (e.g., red) and another clear color, vibration, or absolute (e.g., orange).

Even the arcing shape of physical bridges echoes the shape of rainbows, lending a clue to the occult symbolism of the latter.

In deeper meditation, we also find that the breaking of the bridge between the physical realm and the realm of the Hereafter also means that the connection or covenant, between recent generations and the ancestors, has been broken.  This disconnection happened not only in the relatively recent past but is still happening when grown children no longer visit their aging parents and when the elderly are consigned to live out the rest of their lives alone in “assisted living” homes.

This lack of respect for the elder generation, sometimes called “ageism,” is not only a reflection of social and cultural programming, but it also reflects a lack of energetic or vibrational balance within the individual.

By contrast, inter-generational ties were stronger in the past because our ancestors innerstood that such ties ensure true immortality, which is the ability to consciously remember one’s past reincarnation cycles.

The key to this remembering is realizing the power of memory – how deep our memories go and how thoroughly they permeate our existence.

Every day we remember mundane things such as our daily routines and habits and how to use a cell phone and a computer. But we also remember deeper things like language and how we construct reality with it, the social and cultural codes that help us get by in daily reality, and — perhaps most fundamentally — a sense of individual identity.

If we did not have these memories, what would we be left with? 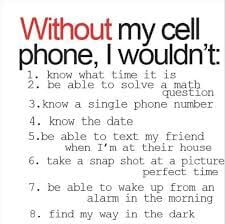 The power of memory also extends to our memory of our ancestors, because in breaking the covenant between generations we lost the memory of how to navigate physical reality.

What’s more, we also lost the connection between physical reality and the realm of the Hereafter, which means we lost our original power.

Our ancestors had invested an incalculable amount of time and trial-and-error in figuring out how to navigate from physical reality to the Hereafter.

In doing so, they were able to maintain the connection of the tribe across time and preserve the proper vibrational balance of their bodies and of the entire collective.

They also innerstood that this balance does not consist of absolutes but of infinite subtle gradations of energy.

They innerstood that even qualities which we might now think of as polar opposites, such as the vibrations of clear red or clear blue, could blend into each other and create a synthesis that is greater than either quality alone.  Such blending’s, or “marriages,” within and between individuals created more beauty and uniqueness to be enjoyed by the collective, thus supporting its overall energetic vibration and the quality of the collective consciousness.

However, we break these connections when we allow our differences to get in the way.

This kind of consciousness is the most malevolent because it produces people who can take extremely harmful actions and not even feel that they’re doing anything wrong.

A historical example is the Muslims’ attempts throughout the Middle Ages to exterminate the Hindus, which were carried out in the worst ways — disembowelment, raping mothers, etc.  But the Muslims were able to do this because they saw the Hindus as different from them, and so they felt justified in their actions.

This is what happens when we start to disrespect each other’s differences.

The distortion and confusion that occurs when humans begin to disrespect their differences take us back to the biblical God/Gude character who established the rainbow covenant with Noah. 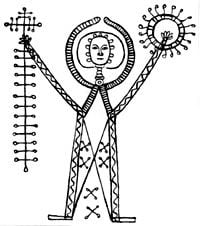 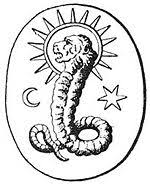 An image of a chimerical deity believed to be Yaldabaoth 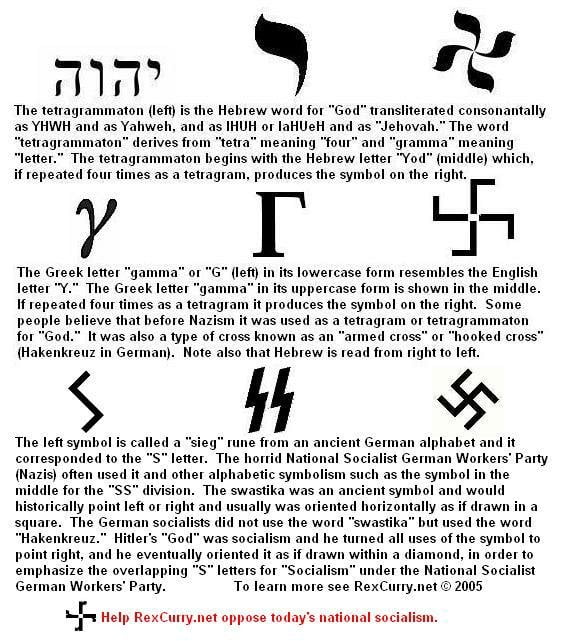 This attempt to create a male womb is a major instance of ubiquitous misogyny in the Bible.

Another example is the practice of circumcision of male infants, which is also found in the Old Testament.

However, other esoteric works discuss circumcision as not to cut the foreskin of the penis, but the entire penis itself, which would make a baby a eunuch when he grows up.  This means he can no longer engage with women, thereby shunning them and contributing to their perceived “inferiority.”

We find another example in the oaths of the Knights Templar, a medieval Catholic military order.  Their oath – like most monastic oaths – forbid members from ever again engaging with women after entrance.  In fact, the Knights Templar forbid their members to even kiss their mothers or their sisters.

However, the ancient project of creating a male womb is a major example of a larger, still more ancient project – the one mentioned at the beginning of this post, and which is still ongoing – to disrupt cooperation between the male and female human energies.

This project has gradually instilled a tendency to see women as negative and corruptible and to see men as idealized Sun Gods. 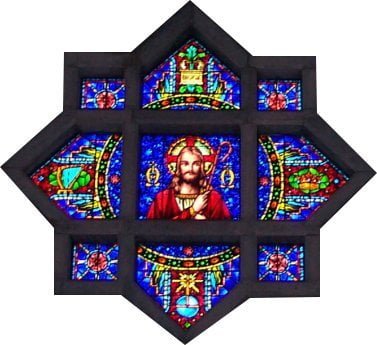 In addition to this degradation, there has also been an agenda to spread belief systems like religions, which often program a person to believe that he or she is “no good,” a sinner, always subject to God’s judgment, always owing him something, and so on.

And so there is psychological degradation of the individual going on as well.

If there were anything truly right about this situation, I wouldn’t even be discussing it today. Instead, I would be having a great time in our balanced world, with our bridge to the ancestors intact, and I would be connecting to our ancestors from thousands of years ago and not acting like I’m totally disassociated from them.

I would know my history, and I would know things like herbalism, and I would have a communication with the herbs, instead of looking at them on the shelf in the grocery store, all dehydrated.

You see, I know where the greater world is, I know what the better world is – no one has to convince me of that, and I can’t be convinced otherwise, either. So, what I’m saying is that when we get true knowledge and true adept hood, such things start to be revealed to us and through us — they start to show us the route out of this energetic, inter-generational quandary.

This article was sourced from an interview between Sevan Bomar and the hosts of Op-Think Radio, Stefan Kindredspirit, and Kristina Asinus, on the topic of “rainbowism”.  The conversation has been presented by Ambassador, Cheryl Jaworski, in 5 connecting blogs (this one is 1/5).  It is part of our new Share and Earn incentivization program, which is just one way Secret Energy can help you achieve sovereignty. Stay tuned for upcoming episodes!