We should probably jump into this by getting into the Siddhas, who are the central characters in the theme for today (beyond Kali).

Remember, we are talking about an entirely different kind of linguistic system… but it is just the notion of the ability to attain a higher state that has actually been highlighted more in the past than it is now.

In fact, for many of our direct ancestors, it was about increasing your spiritual power and spiritual consciousness.

It was very specific… meaning there was a layout to how one would go through this process of activation or awakening consciousness.

The Siddhas were men and women who had started walking up the ladder of lights, climbing their own spine, and were beginning to activate this vibrational energy that the community needed.

If you were sick, you could come to Siddhas and they would have a solution for you… because that’s all they worked on.

Many of these people excluded themselves to caves since they didn’t really want to interact with the overall populace… because they were practicing extreme asceticism, to see how far they could actually go. 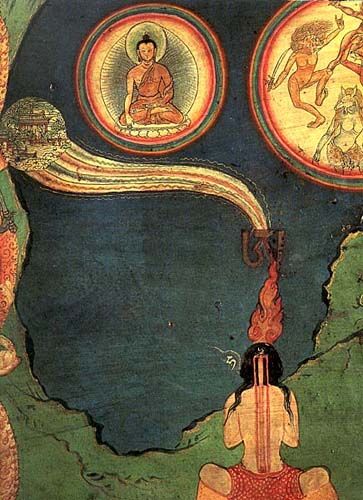 One of the most important things to realize about this stage, which we always need to realize about the spiritual context, is that not everyone was a Siddha.  In fact, it’s just like you see today, but based on the ratio. There are nine billion people – there weren’t that many people in the past.

Within that same ratio, how many people were working on spiritual growth?

To the ancient cultures, there were just small groups of people who branched out to see if they could begin to unlock some of these powers and abilities… and if they did, then you could go and find them.

It was not that.

It was… if you need some healing, there’s a Siddhas that lives in a cave over there. Since those areas were known by the people, they went to the cave to get some healing… and you could get that healing for free.

Generally, anybody who got that healing, if they could, gave something to the Siddhas – and this actually started the process of Devotion; a process that ultimately ended in Sacrifice, when it was taken the wrong way.

It was the notion if someone is able to do extraordinary things in your life, and to move some things that were hindering you out of the way… then it’s just a simple act of kindness to give them something, so they can keep doing it – because these are not the guys that are going to “work.”

So, Who or What are the Siddhas?