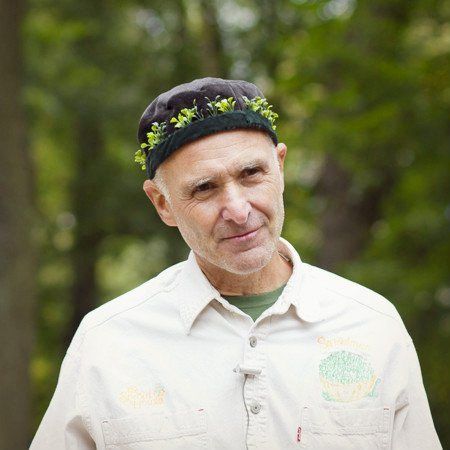 based on 10 votes
Click on the stars to vote

Steve Meyerowitz, a passionate father, husband, food and health innovator, who spread love, light and humor wherever he went. Meyerowitz, 65, a long-time resident of Great Barrington, was a pilot, gifted musician and writer who also founded The Sprout House in the 1970s after developing a habit of growing sprouts in his New York City apartment, where drying sprouts had to be moved in order to take a shower.

The business blossomed, prompting Vegetarian Times to anoint him “Sproutman” in 1976. His wife Beth Robbins said the name stuck, and so did his passion for health, life and the earth. Robbins said her husband of nearly 30 years took joy in the physical world and believed in the holiness of it, yet laughed his way through life. Meyerowitz became the author of dozens of books and articles about health and diet. He was an in-demand speaker who lectured around the world and had an impact on peoples’ lives for the last four decades. Steve got interested in natural foods after a 20 year effort to correct chronic allergies and asthma with conventional medicine. He made dramatic changes in his diet and within two months of eating a strict “living foods,” vegetarian diet, his lifelong symptoms vanished.

He continued to practice a 100% raw foods diet (nothing cooked, packaged, canned, frozen, or processed) for five years. During that time, he also experimented with other extreme diets such as fruitarianism (just fruit), juice fasting for as long as 100 days, and briefly, breatharianism (no food, no water). Steve’s innovative kitchen gardening techniques and the cuisine he developed from them, gave rise to a “School for Sprouts.” He began teaching indoor gardening 12 stories above the streets of New York City.

He called his no-cooking school, The Sprout House, since so much of his cuisine included vegetables from his kitchen garden-sprouts. Much of the information from his teaching years have been related in his books. He has the most popular books on sprouts, including Sprouts the Miracle Food, Sproutman’s Kitchen Garden Cookbook, and Wheatgrass Nature’s Finest Medicine, to name a few. But he also has other books on subjects such as fasting and raw juice therapy.