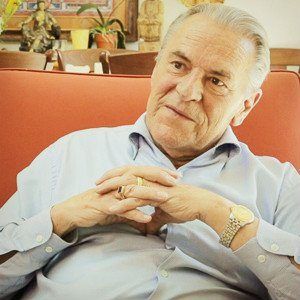 based on 28 votes
Click on the stars to vote

Developed, with his wife Christina, Holotropic Breathwork (a method of psychotherapy that uses non-ordinary states induced by faster breathing, evocative music, and focused body work), and The Grof Transpersonal Training, an extensive training program for Holotropic Breathwork facilitators that has certified over 1000 practitioners in various parts of the world.

Created a new extended cartography of the psyche that includes, besides the biographical-recollective level and the Freudian individual unconscious, two additional levels – perinatal (related to the trauma of birth) and transpersonal (including the ancestral, racial, collective, phylogenetic, karmic, and archetypal matrices).

Developed theory and practice of psychedelic-assisted psychotherapy and described it in his book LSD Psychotherapy, which has been until this day the only comprehensive treatise on this subject.

Published over 150 articles and 20 books discussing the theoretical and practical implications of modern consciousness research for psychiatry, psychology, and psychotherapy.