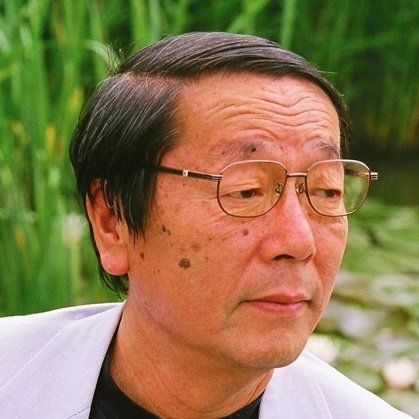 based on 84 votes
Click on the stars to vote

Dr. Masaru Emoto, July 22, 1943 – October 17, 2014, born in Yokohama, Japan, Dr. Emoto is globally recognized a true pioneer of water research, spirituality, and consciousness during his lifetime of work. His theories and philosophy have brought generations a new and greater understanding of the power of consciousness.

Connecting us to the power our thoughts, words, and intention’s ability to change water, the quality of our lives and the world we live in. He gained worldwide acclaim through his groundbreaking research and the discovery that water is deeply connected to our individual and collective consciousness.

His water-crystal resonance research consisted of exposing water to different vibrations, then freezing, and then examining the aesthetics of the results with microscopic photography. His stunning water-crystal photographs have enchanted millions of people across the globe. His documented research has shown that thoughts, words, emotions, prayer and music have a direct effect on molecular structure of water, and since our bodies and our planet are mostly water, then our thoughts and words certainly affect not only ourselves, but also the world around us.

As a long-time advocate for water in relation to peace, Dr. Emoto acknowledged his role as a “ water messenger,” teaching and conducting seminars throughout the world. During his lifetime of work, he gave over 1000 lectures in 75 countries, and since his first book release, he has successfully published over 3 million copies of 30 titles, in 46 countries.

Dr. Emoto was also dedicated to his life’s work in sharing his knowledge with children. He authored two children’s books. “The Secret of Water for the Children of the World” and “The Message from Water” children’s version, which was printed in over 75 countries and is available when you download Dr. Emoto’s Mobile App MY HADO or free of charge through the efforts of his non profit organization, The Emoto Peace Project.