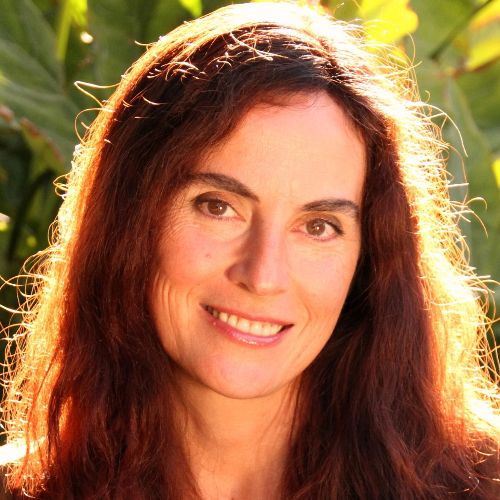 based on 14 votes
Click on the stars to vote

Anna Breytenbach is a South African-based professional animal communicator who has received advanced training through the Assisi International Animal Institute in California, USA. She’s been practising for 18 years in South Africa, Europe and the USA with both domestic and wild animals.

Born and raised in Cape Town, South Africa, she holds a degree in Psychology, Economics and Marketing from the University of Cape Town. During her international corporate career that took her to Australia and then Silicon Valley and Seattle in the USA, she lived out her passion for wildlife and conservation by volunteering at various rehabilitation and educational centers.

Amongst other things she has been a cheetah handler, served on committees for wolf, snow leopard, cheetah and mountain lion conservation, volunteered at wildlife and horse sanctuaries and participated in wild wolf tracking expeditions in the Rocky Mountains. Trained in tracking and mentoring at the Wilderness Awareness School (USA), she also mentors children and adults in nature awareness based on the ways of the Native American and San Bushmen peoples.

Anna is a qualified and experienced master training facilitator, focusing on bringing forth participants’ skills through coaching and mentoring in a practical manner. She works with both domestic animals and wildlife, and runs workshops around southern Africa, also touring Europe and the USA. This includes working with wild dolphins and whales, leading animal communication safaris in Botswana, interspecies projects at permaculture and organic farms, and giving numerous public talks. Her pro bono work focuses on conservation projects such as elephant management, white lion reintroduction, baboon rehabilitation, whale and dolphin research and predator conservation. Anna is a qualified Reiki practitioner and works with this and other healing modalities. She is also the subject of the feature documentary movie “The Animal Communicator” on Interspecies Communication, released internationally in 2013.

Anna’s goal is to raise awareness and advance the relationships among human and non-human animals, on both the personal and spiritual levels. In her communication and conservation work, she guides people to deepen their connection with all species in an honouring manner, and is inspired by being a voice for the animals and natural environments.