The word “prayer” instantly evokes duality in our world.  In which, predator and prey, as well as offering (OFF-ering), correlate to worshiping, turning off and sending energy out.

On the other hand, “honoring” (ON-ering) replaces praying by giving gratitude to Self instead of worshiping what is perceived outside of.

After praying five times a day and worshiping what you were taught was above you and greater than Self, and after being taught the purest values that were used to oppress you, how can you endure the betrayal?

What a deep hurt you have unraveled!  A betrayal…

So deep you decide to put a bandage on than heal; so deep you close your eyes and hope it’s all a bad dream you can wake up from; so deep you can’t even stretch your words to describe it; so deep you feel the rage boiling and stirring, waiting to be released but you won’t allow that because it’s still; so deep you don’t want to even acknowledge it exists; you would rather project the new knowledge and remember your power instead.

Now that you don’t know who to give thanks to, you feel lost, but not really.

Because now you finally found the truth, the simple hidden truth behind all existence.

That you are the infinite song, the unnamed, the essence of All.

That you are Self and All is Self! 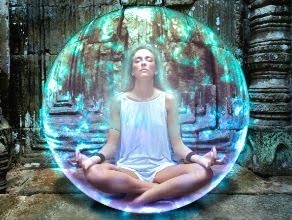 Now that you found the truth, but with no memory, you thrive to remember your power.

The knowing of all is the space of your true limitless Self.

Thus, you start by honoring Self and giving thanks, at last to Truth as you are.

This journey of honoring Self is an honoring of all there is.

The truest form of gratitude is expanding through all that is infinite and love.

You feel so overwhelmed with this infinite love that…

you fail to notice that your deep, seeping pain is healed/gone; you have so much greatness to share rather than condemning the oppressor;

you have so much love to give, so much truth to spread, zero seconds to waste…

and the greatest revenge is the knowing of and connecting to your higher Self.

Thank you, I feel impowered to to let go of the past, to share my gifts I’ve been so afraid of sharing. So much Compassion
Wholeness 💛